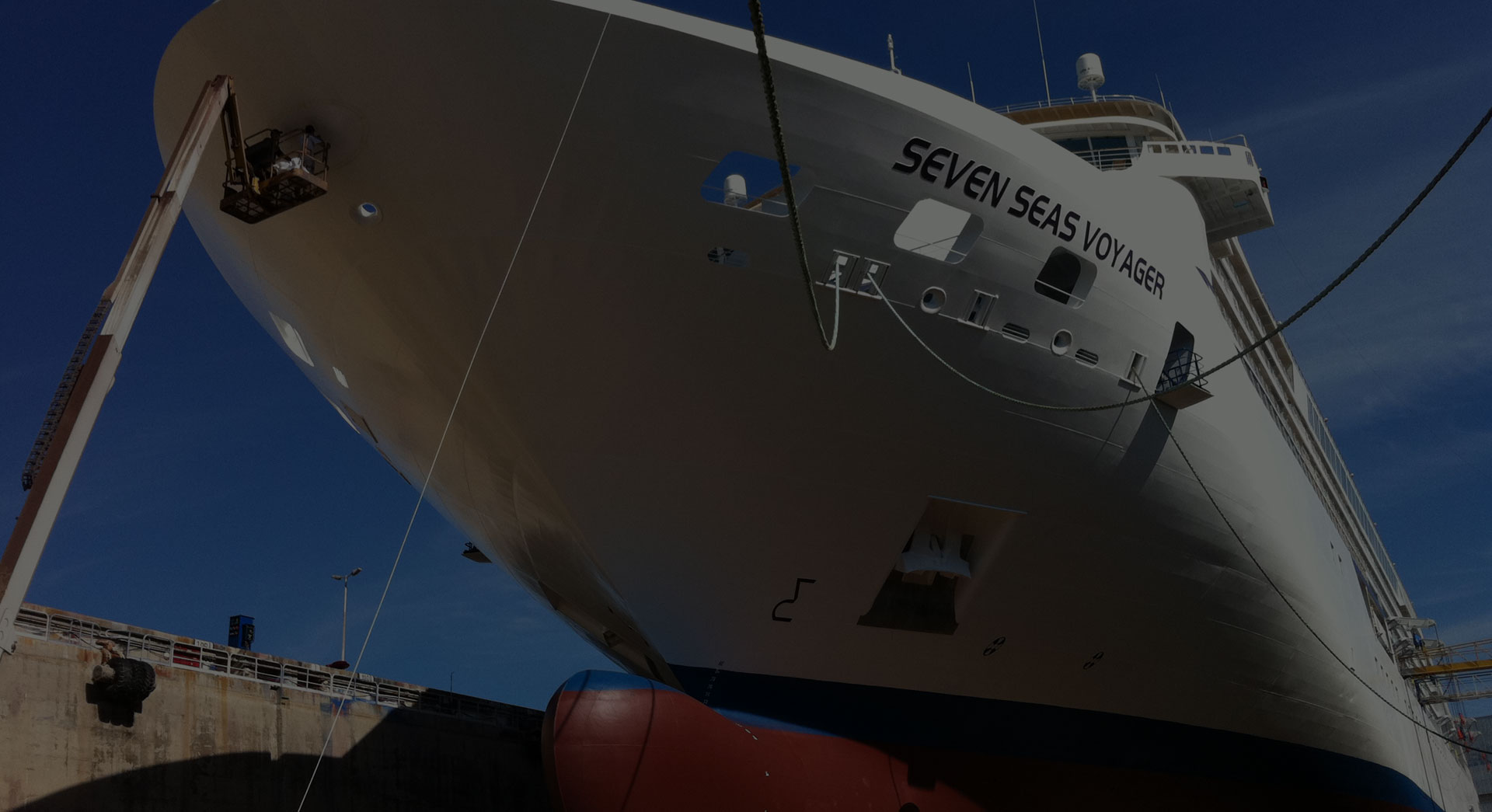 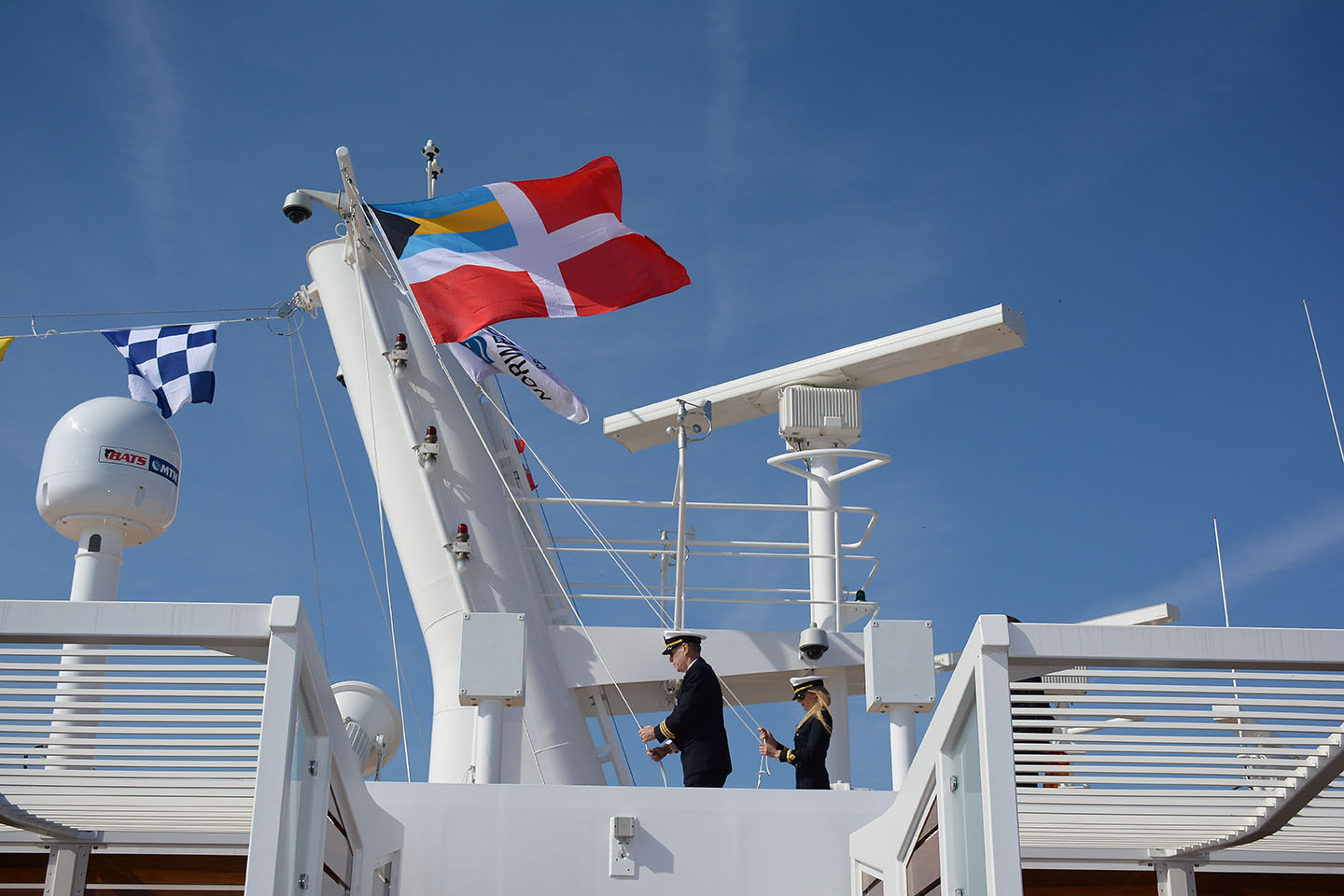 Posted at 16:22h in News by Amministratore
6 Likes
Share

Today, Norwegian Cruise Line took delivery of the 168,028-gross-ton Norwegian Bliss, from Meyer Werft during a ceremony in Bremerhaven, Germany, marking the conclusion of an 18-month building period. In attendance were executives from Norwegian Cruise Line, including Andy Stuart, president and chief executive officer, Harry Sommer, executive vice president of international business development, Robin Lindsay, executive vice president of vessel operations for the 16-ship fleet, representatives from Meyer Werft including Bernard and Tim Meyer, managing partners of the German-based shipyard, and the ship’s captain and hotel director. Before cruising to Southampton, England to begin her transatlantic journey on April 21, Norwegian Bliss will showcase all she has to offer to her first guests during a two-day European inaugural preview cruise hosted by Andy Stuart and Harry Sommer.

Upon her arrival to the U.S. on May 3, the festivities for her U.S inaugural tour will commence with two-night preview events in New York, Miami, and Los Angeles, and will conclude with a grand christening ceremony and sailing from her first homeport at Pier 66 in Seattle, Washington on May 30. Following a three-day inaugural voyage with a call into the port of Victoria, British Columbia, she will return on June 2 and will then embark on her first seven-day voyage to Alaska.

“Norwegian Bliss is one of our most highly-anticipated ships to date, and today marks another exciting milestone for the newest and most innovative ship of our young and modern fleet,” said Andy Stuart, president and chief executive officer of Norwegian Cruise Line. “The Meyer Werft team, along with our operations teams, ship officers and crew members, has done an incredible job bringing Norwegian Bliss to life and we cannot wait for guests to experience all she has to offer.”

“We’re happy to deliver another ship to Norwegian Cruise Line,” said Bernard Meyer, managing partner of Meyer Werft. “We are extremely proud of our partnership of over 15 years and are confident that the first ship custom-built for cruising to Alaska will exceed the expectations of their guests.”

Norwegian Bliss, the third ship in the line’s Breakaway Plus class, the most successful class in the company’s history, is the first cruise ship specifically designed with features and amenities for the ultimate Alaska cruising experience. On board, guests will be able to experience their favorite amenities by Norwegian Cruise Line, plus some new first-at-sea offerings. Norwegian Bliss will thrill and excite guests with the largest competitive race track at sea, a first for any North America-based cruise ship. The two-level electric-car race track sits at the top of deck 19, offering guests amazing views while twisting and turning at a speed of up to 30 miles per hour. After a thrilling ride, guests can then test their agility at the open-air laser tag course, or race side-by-side on the Aqua Racer waterslide at the expansive Aqua Park, with two multi-story waterslides, one of which extends over the edge of the ship and loops down to the deck below.
Aboard Norwegian Bliss, culinary enthusiasts can savor new exclusive specialty dining and bar concepts such as the debuting Texas smokehouse – Q, the cruise line’s first full-service Starbucks® store at sea, and Coco’s – a chocolate and sweet treats shop. At The District Brew House, guests can enjoy a variety of craft cocktails and beers, including local Seattle favorites from Red Hook Brewery.

Continuing with Norwegian’s commitment to offering incredible entertainment across the fleet, Norwegian Bliss features new programming that includes the Tony Award®-winning Broadway musical, Jersey Boys, and ¡Havana! – an original musical theater show created and produced specifically for Norwegian Bliss. The creative group behind ¡HAVANA! include Tony Award®-winning director and choreographer Warren Carlyle, Cuban-American design duo Isabel and Ruben Toledo and features original songs by Cuban-American, Grammy-winning singer – Albita. Norwegian Bliss also features a new theatrical cocktail hour experience, Happy Hour Prohibition – The Musical that will transport guests to a New Orleans speakeasy on the eve of the Prohibition era. At The Cavern Club, guests can enjoy their favorite songs from The Beatles live with a talented cover band, in a setting inspired by the Liverpool Club where The Beatles famously performed countless times.

Guests on Norwegian Bliss can relax with a variety of accommodations including luxurious suites in The Haven by Norwegian®, studio staterooms for solo travelers with virtual ocean views, and plenty of connecting staterooms ideal for large groups and families. Two expansive observation lounges, one exclusively accessible for Haven guests, will offer cruisers uninterrupted views of the natural beauty of the sea and shore throughout their journeys.

Beginning June 2018, Norwegian Bliss will spend her summer cruising seven-day voyages to Alaska, and fall season cruising to the Mexican Riviera from Los Angeles. In winter of 2018, she will sail the Caribbean from Miami, and in the 2019 fall/winter season she will cruise from New York City to Florida, the Bahamas and Caribbean.